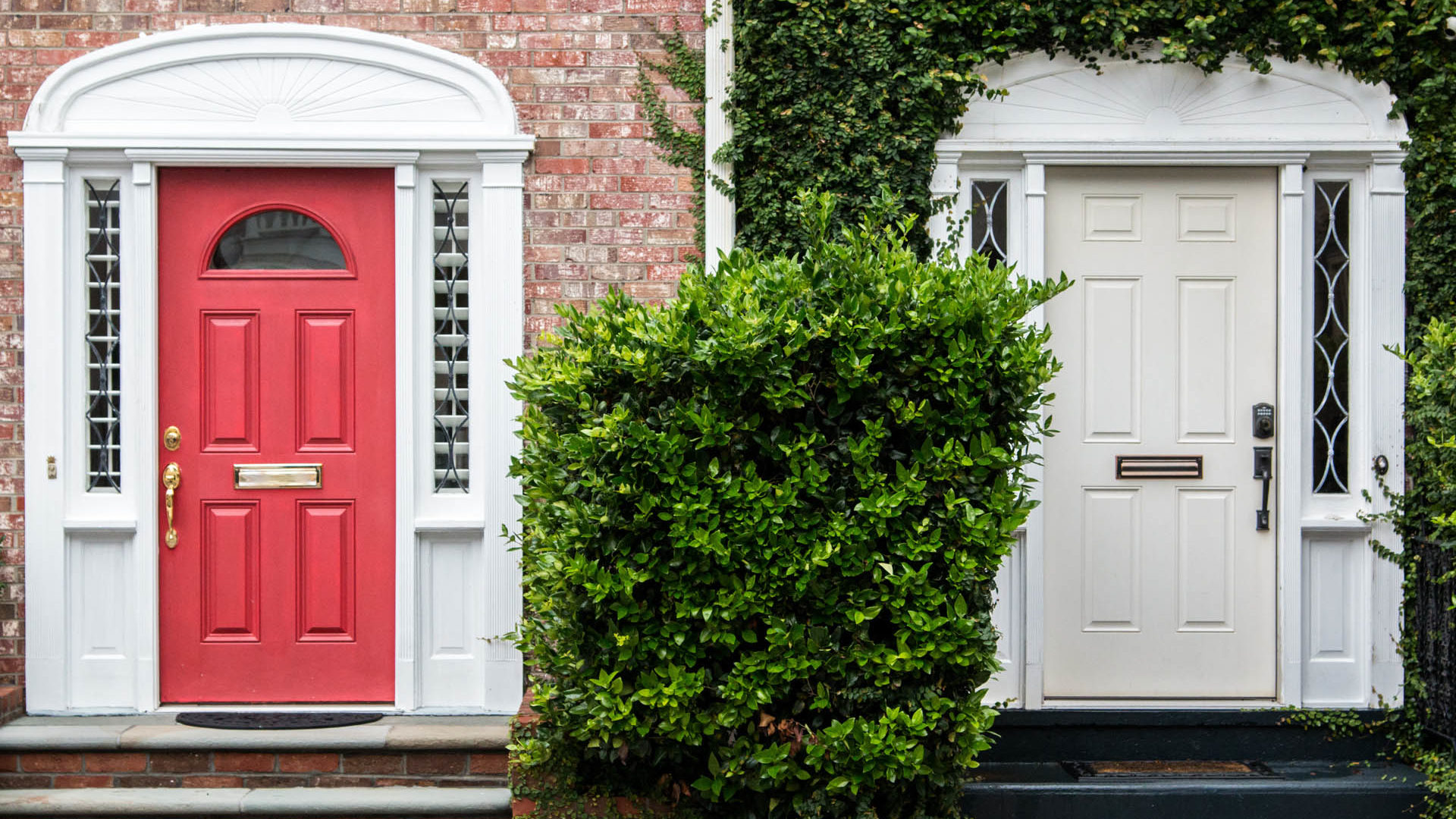 Often, we may find the odd squirrel or a sparrow trying to make its way into our house to steal some food. These adorable little ones have very less need and we might as voluntarily give away some peanuts or pulses and galore at sight of their frantic feeding.

But would you do the same when your home is invaded by a bear or worse – a human?

Burglary is one of the worst things that can happen to us. Our private space, our families haven gets compromised and suddenly nowhere looks safe to our eyes.

The kids are traumatized, the wife is shocked, and you will have start all over again in trying to give them a normal life.

But then you can avoid this unpleasant episode entirely by following a few protocols and upgrade your front door security.

In this article, you will see a mix of new and old techniques to safeguard your house and give your family that abode they can return to and feel safe in the worst of times.

Does the door knob and the deadbolt go far enough into the door frame?

The door frame has a metal plate which is just attached to the door with the help of 2-3 inches’ screws.

This makes the door easy to be kicked in from outside. So, can you do anything about this?

Yes, definitely you can do some small wonders which would make your door strong and difficult to be kicked in.

Are you Hinges weak?

In most of the exterior doors and now even in interior doors, companies put a longer screw into the hinges and keep the other ones small. These small screws may remain there for a time but as time passes they becomes and start falling out from the hinge.

So, what would you do now?

Is your door strong?

The latches and hinges work only when your door is strong. Nowadays, people make sturdy doors but most of the doors are hollow from inside. So, if your front door is even having a metal framing but is hollow from inside then believe me it is not strong.

Nowadays, people have started using decorative front doors which really looks great. But when it comes to front door then decorative doors with windows don’t seem strong enough to secure your house. So, go with a solid front door if you want an impenetrable door.

What would you do if they unlock the door?

Now that you have made your front door strong enough to be impenetrable. But what happens if they don’t try to kick your door but just unlock it from outside?

Most of the new intruders use lock pick or bump key to get into the house. Whatever, the screws or the laches you used to keep your home secure is of no use now. So, what would you do if someone just unlock the door? Don’t worry, I have something which you should consider.

This Defender Security door blocker by Prime-Line has a spring-loaded design that is both child-safe and tamper-resistant. It can be installed higher on the door where your children can’t reach! Plus, not only can doors not be kicked in by intruders, it protects against lock picking and bumping while in the locked position.

Security has become accessible to the extent that common households can run their own offsite servers to secure cctv footage.

The drastic fall in the cost of these home monitoring systems is a boon of sorts as their very presence can deter break in attempt. Simply the thought of being identified in the act will deter many a burglar from attempting to steal or cause bodily harm to occupants.

The devices are at the forefront of Artificial Intelligence and are continuously being trained to identify weapons of any kind from any angle. So, combining AI, ML and a CCTV, we have a formidable security system at home.

I really like this stick up camera from Ring Sceurity. You can stick this camera up at the front door and whenver something is detected by the camera it will send notifications at your phone. You can also speak to the person standing at the door with this camera.

While wearing seatbelt improves the chances of survival in case of a crash – it does not automatically provide us with license to use dangerous speeds.

Similarly, just because we have the most advanced camera system in the world installed at home, we cannot be lethargic and ignore basic tenets of safety.

Do your home has an entry Alarm?

So, we have chosen the best of materials for our front door security and have included some serious security cameras in the mix, but we also need to ensure that the entire system itself is protected.

Any attempt to bypass all the above must generate a notification and bring it to the immediate attention of the homeowner / competent authorities.

Security alarms and chimes which require a password after the circuit is broken may be the best contender in this category.

Other similar systems employ motion sensors to detect humanoid movement but may generate false alarm and panic. However deploying these alarms at the right locations may greatly supplement the existing front door security network.

Latches and metal bars have continued to preserve their place as the last line of defence in case of to force open a door.

These simple devices give you the much-needed time to escape any direful situation.

There are many options available on this front and we may choose the one which is most suitable to our situation.

Deadbolt latch and Crossbar are the most common and traditional among the latches and given the quality of the material can withstand heavy blows to the door.

Whats better than 1 door? 2 doors. A Screen door is secondary door which opens outwards and can thwart attempts to break in by kicking the door to collapse inside.

The screen door not only serves to obscure occupants’ presence but also improve the security situation as it is possible to see and hear through.

Therefore, not being able to hear the visitor’s voice will not be a reason to open the door. Screen door has come to be an essential component in all doors. Its ubiquitous nature is testament to its effectiveness.

Last but not the least of the essential safety features is lighting. Always ensure that the area in front of the door is well lit and no object obscures your visibility of the area from inside.

A good practice at this juncture would be to install this motion detection lamps because it serves as a warning to those with nefarious intentions and can make you more confident to answer a call at the door.

The physical manifestation of security is infinite, and we can keep adding features if there is no cap on the budget.

However, the most primal of all the safety measures that you can employ is to make your presence known in the locality. I have only shown you ways through which you can improve your front door security.

Keep in constant touch with all your neighbors and organize friendly get together on a weekly / monthly basis to build a secure community. This single initiative can work wonders and keep you and your family safe from any possible harms.

I am Jenny. I spend each darn end of the week taking a shot at home tasks and trimming down the "nectar do" list. This is where I share the majority of the undertakings I've done and things I'm learning.

link to Dyson Airway Blocked: Solve and Prevent This in Future

When there is an airway blockage in a Dyson vacuum cleaner, the suction power reduces and therefore the vacuum cleaner stops functioning normally. Many Dyson users have faced this issue and some of...